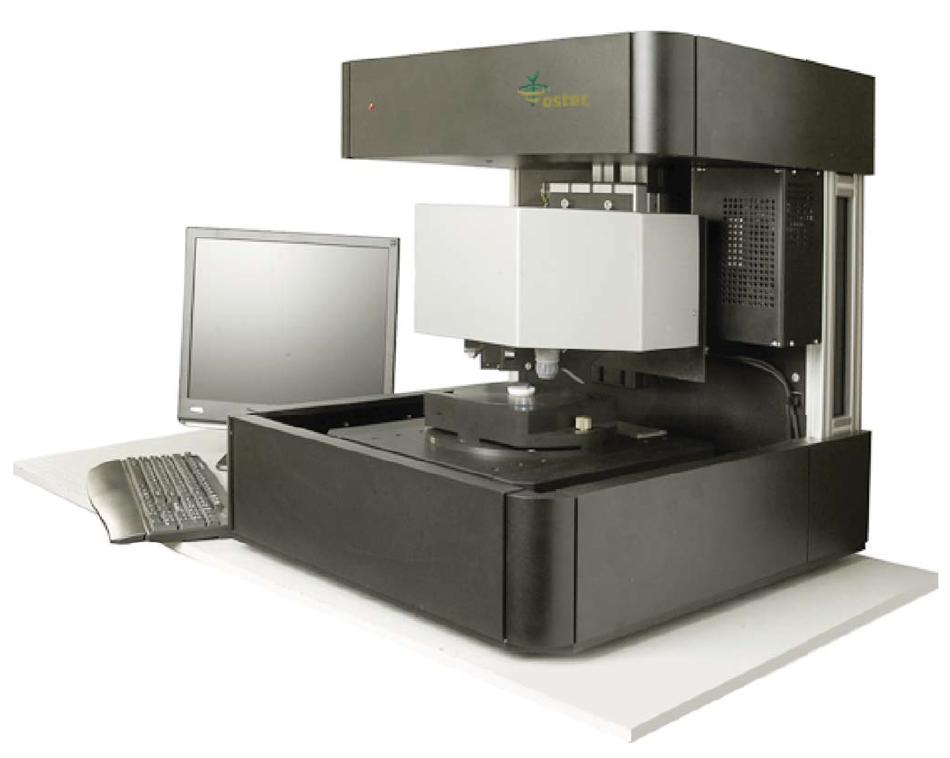 XROS MF30 – laboratory X-ray microscope-microprobe for studies of the objects by the methods of the optical microscopy, radiography, local element XRF microanalysis with possibility of the element mapping.

Using a microscope, a sample of up to 400 mm in size along the Y-axis and of unlimited size along the X-axis (max. scan area 150×150 mm; in the case of a larger area, the scanned areas can be stitched) and up to 105 mm high can be performed.

An overview video camera and two optical microscopes with magnification up to 200 times are using for accurate determination of the scanning area.

The central optical microscope with automated sharpness adjustment is combined with the axis of the microprobe (axis of the X-ray beam).

Local X-ray fluorescence microanalysis with the possibility of elemental mapping and X-ray studies can be carried out both separately and simultaneously.

The minimum diameter of the x-ray probe is 30 µm.

The range of simultaneously measured elements from 11Na to 92U.

Natural pearls are formed as a result of a foreign object (core, grit) falling inside the oyster shell. The presence of a foreign body (core) causes a protective reaction of the oyster, serves as an irritant, and it gradually covers it with layers of pearl matter. After several years, a pearl is formed, which, given the combination of ideal color, rainbow shine, brilliance, texture, and shape, will acquire tremendous economic value. If we cut a natural pearl in half and look at its cut under a microscope, then we can see that the core — the foreign body that initiated the formation of the pearl — is now almost unnoticeable, and the pearl matter covers it from the center to the outer surface.

Currently, there is a worldwide ban on wild pearl mining. Natural pearls today practically does not occur in nature, and its price is very high. To find one good quality gem you need to kill hundreds of oysters! This is the reason that most of the pearls, which are called “natural” in jewelry stores, are in fact cultured pearls.

Attempts to cultivate pearls were first undertaken in China in the XII century. Later these experiments were taken as a basis and improved by the Japanese, who began to produce pearls in 1913. The method for producing cultured pearls is to artificially induce the production of pearl matter by an oyster, by introducing into its shell a foreign body. In the first decade of the 20th century, the core was 5% of the total pearl size; today it forms more than 90% of its diameter. Due to the growing demand for pearls, many cultivators significantly reduce the time needed to form a pearl in an oyster (it takes at least three years to get it the right way) to one year or less. In a short time, in 4–8 months, the bead will be covered with a very thin layer. At the same time, a pearl growing 18–24 months will have strong and deep mother-of-pearl.

Pearls were stained for a long time, primarily trying to make it black. Artificial tint is easy to determine under a microscope: it is unevenly distributed. Dyed pearls are softer than cultured ones. Small scratches and detachment of shells are always visible on its surface. Dye loosens conchiolin and this causes irreparable harm to pearls.

Artificial pearls (imitation) - synthetic core coated with paint. Cheap materials, such as plastic, which are covered with 4-5 layers of chemicals, are commonly used to create the core. These substances do not have the same rainbow overflow and strength, like real pearls, very often the beads obtained in this way have defects and irregularities, their color is unnatural, and the price is low.

In the spectra (Figure 2) of the Sunlight pendant, the calcium peak is small, and there is no calcium peak in the spectra of the pendant and beads. This suggests that pearls are imitations. Also, a large bismuth peak is observed on all spectra. This also indicates imitation of pearls, since bismuth oxychloride is used as a pigment (pearl white) in the manufacture of artificial pearls. 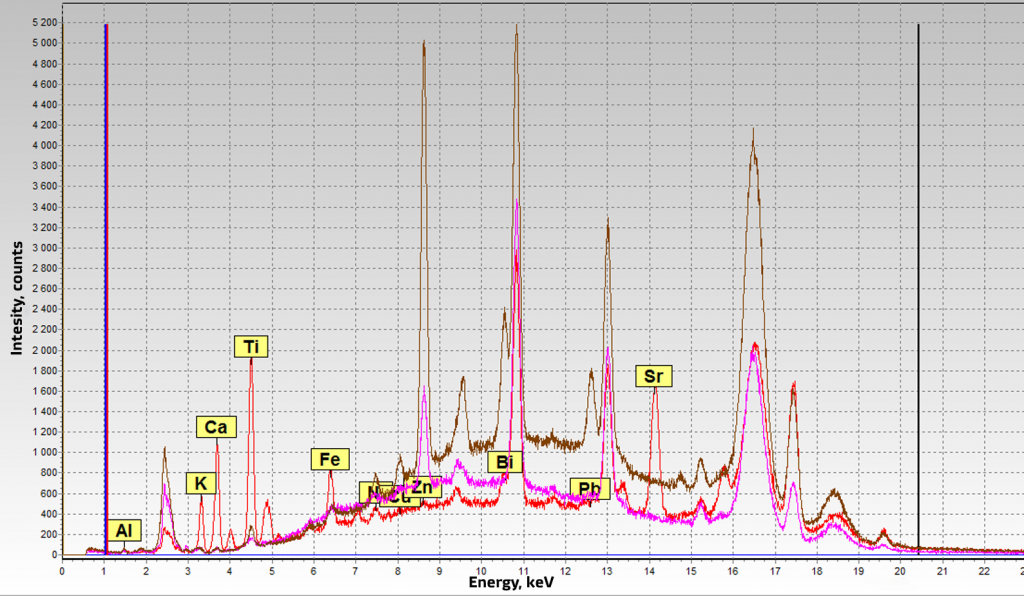 On the X-ray image of beads (Figure 3), it is shown that X-rays are poorly absorbed, which means that the average atomic weight of the bead is small. Possibly a core consists of plastic. You can also see the hole for the thread and the thread itself.


On the X-ray image of the pendant (Figure 4), it can be seen that the pendant mount goes through.


On the spectrum of the pendant (2) there is a peak of Pb. In Figure 5, the intensity distribution of the Pb-Lα line shows that the Pb signal is less where the fastening hole is located. Most likely, Pb is distributed in volume and is present in the base of the pearl, and not in the coating or in the mount. 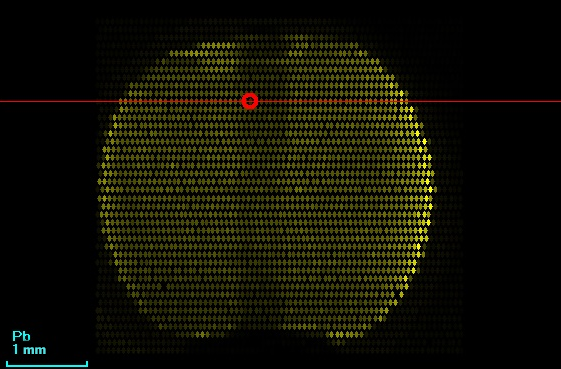 X-rays are best absorbed by the Sunlight pendant (3) (Figure 6).


According to the spectrum of the black pearl, its main component is calcium. The X-ray image is shown in Figure 7.


In Figure 8, the nonuniform intensity distribution of Ag Kα is observed, which may indicate the artificial coloring of the pearl. Copper is also nonuniformly distributed (Figure 9).


Fresh-water pearl of irregular shape is shown in Figure 10. On the X-ray image (Figure 11) there is an area in the center of the pearl, which absorbs less - it can be a cavity or an artificial seed. You should also pay attention to the distribution of cobalt in the pearl (Figure 12). The cobalt fluorescence intensity is greater in a small area in the center of the pearl. This area is shaped like a pearl themself. 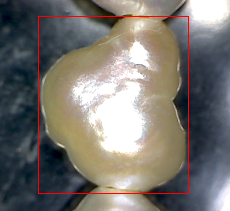 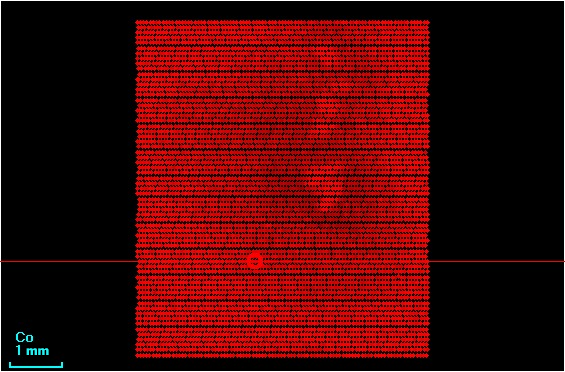 Figure 13. Spectra of black and river pearls. Red is a black pearl, gray is a river pearl


Beads and pendant are imitations of pearls. Distribution of silver on the surface of the pearl shows that the coloring was artificial. The presence/absence of manganese in the spectrum can point at the marine/river origin of pearls.


XROS MF30 x-ray analytical microscope-microprobe allows to carry out gemological studies of pearls: to distinguish imitation from natural pearls, to determine the size of the seed, to determine the origin of the pearls.