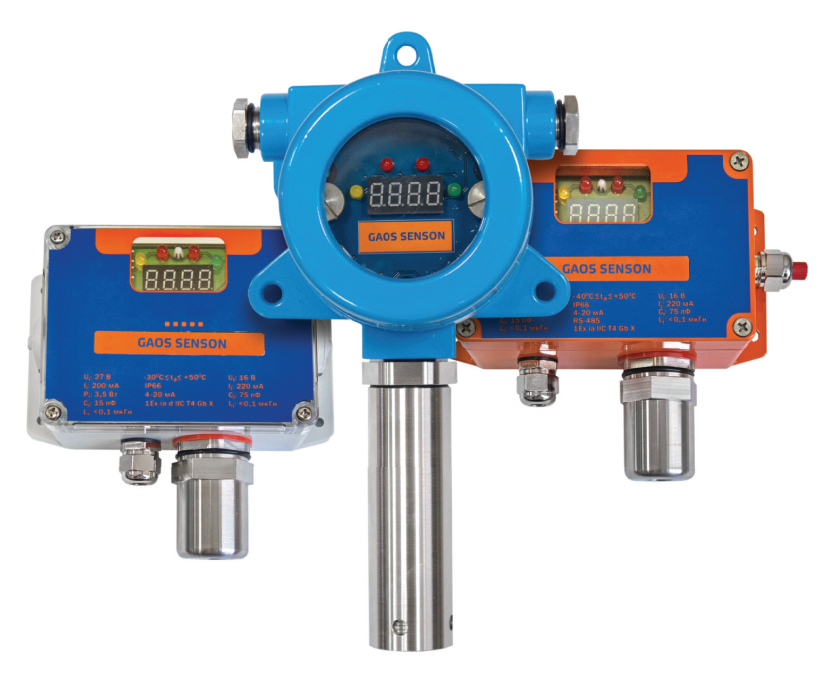 For a start – a small digression. All electric lighting devices consist of two main elements – the lamp and the luminaire itself. Modern electric lamps are very diverse devices. They are based on various physical principles (incandescent, gas-discharge, LED, etc.). They have different electrical parameters (power, voltage).

They can be implemented in various form factors, vary in size, color, etc. They are produced by many manufacturers. It is a lamp that provides the main function of lighting devices - to shine. But in order for the lamp to glow, it must be installed in an electric lighting device – a chandelier, a ceiling lamp, a lantern, etc. Lamps need to be changed periodically. However, it does not occur to anyone to change the lighting device entirely.

After all, a chandelier is much more expensive than a light bulb, and changing it requires certain qualifications and special technical measures (for example, de-energizing the connection point). But any housewife can replace a blown bulb. Why? The answer is simple – all electric lamps and electric devices have a unified, standard connection interface (nominal supply voltage, type of base/cartridge, etc.). Not just standard, but also specially designed for easy lamp change. What is this lyrical digression for?


Stationary gas analyzers are somewhat reminiscent of lighting devices. They are represented by a variety of models from different manufacturers. Virtually any of these devices are built according to a general principle and consists of three main components:

In many cases, third-party sensors are used as sensitive elements. The physical principle of operation of such elements can be very different – electrochemical, thermal catalytic, photoionization, optical, semiconductor, thermal conductometric and other types of detectors are produced. A number of foreign and domestic companies specialize in such sensors, producing them as mass electronic components.

The problem is that each of the gas analyzers on the market is a complete measurement tool. It is subject to periodic calibration, which means disassembly/assembly, availability of a replacement stock for the period of calibration, and highly qualified personnel for work on gas monitoring networks.

Often, such work involves de-energizing of facilities, which means even if temporary, but the termination of the main technological processes at the facility. As a result, maintenance costs can significantly exceed the cost of the gas analyzers themselves, especially at geographically remote and autonomous facilities.

And of course, having once purchased a device, for example, for methane analysis, it cannot be used to measure ammonia concentration. We changed the concept, creating a wide range of compact gas analyzers GAOS SENSON-SM-9001 and gas analysis systems based on them.

The metrological characteristics of stationary gas analyzers are almost completely determined by the gas-sensitive element with an electronic control module. Each type of gas-sensitive element requires its own control and processing algorithms; individual calibration is required for each individual sensor. By combining the sensor with the second processing module into a single structural unit, we received an intelligent sensor module (ISM). It stores calibration and other factory constants and also supports an open, unified digital interface for connecting to external devices.


Since all the metrologically significant elements are concentrated in the ISM, and there are enough standard power supply and data transmission interfaces to work with it, this module is a complete gas analyzer – GAOS SENSON-SM-9001, to which the type of measuring tool is assigned.


Indeed, the operation of GAOS SENSON-SM-9001 requires an only external power supply and any device supporting the serial port 11АВТ, i.e. any personal computer or industrial controller. No specialized software is required; any terminal program (for example, the one supplied with Windows ) is enough. As a matter of principle, ONLY GAOS SENSON-SM-9001 is subject to periodic “checking and replacing”. 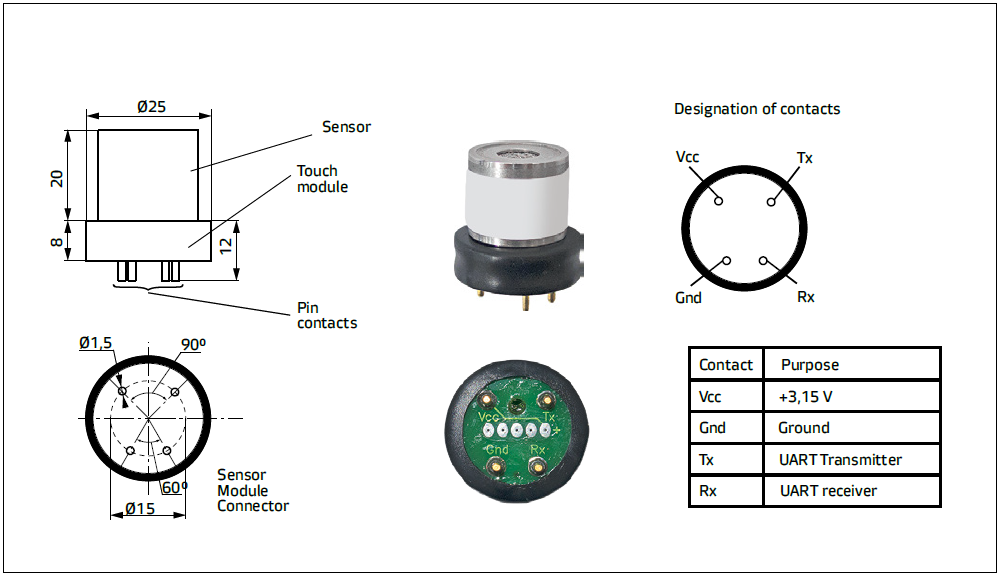 
GAOS SENSON-SM-9001 fundamentally changes the approach to design and operation of gas analyzers, while maintaining outward similarity with traditional solutions. This is possible due to the functional separation of a small built-in measuring module (gas analyzer) and all other elements of the device (gas analysis system).

Auxiliary equipment of gas analysis systems is made in an explosion-proof version of the type “flameproof shell” or “intrinsically safe circuit” of the ia level. It has Ex- marking 1 Ex d IIC T 6 (flameproof enclosure) or 1 Ex ia IIC T4 X (intrinsically safe circuit). The rated voltage of the power supply is 24 V DC, the allowable range is 18-27 V. The degree of protection of the enclosure against external influences is IP 66 according to GOST 14254-2015 (IEC 60529:2013). We offer a range of options for gas analysis systems, allowing you to choose the configuration that most closely matches the features and operating conditions. All gas analysis systems are grouped into two series: SD and SV (GAOS SENSON-SD-xxxx-SM and GAOS SENSON-SV-xxxx-SM).

The SD series includes the basic models of systems (“sensors”). It includes modules providing ISM connection, power supply and data exchange with external devices via the Current Loop 4-20 mA and RS-485 channels (protocol MODBUS RTU). However, the gas analysis systems of this series do not have the means to display and control external devices. The SV series is a functional extension of the SD series. Each unit of the SD series corresponds to the gas analysis system of the SV series. SV systems have the capabilities to indicate the measured concentration, signaling that thresholds are exceeded, a built-in keyboard for adjustment, and controls for external equipment.

Each of the series contains three groups of devices, differing only in the design options, and, accordingly, restrictions on the operating conditions. The systems of group 1 – GAOS SENSON-SD-7031-SM and GAOS SENSON-SV-5021-SM, respectively are the most resistant to external influences. The modules of these systems are made in explosion-proof enclosures (stainless steel and aluminum alloy) of the type “flameproof enclosure” and with an allowable operating temperature range -60 to +50 °C.

Systems of group 3 – GAOS SENSON-SD-7032-SM and GAOS SENSON-SV-5022-SM – are produced in plastic cases. They also have an intrinsically safe “ia” type of explosion protection and can be operated at temperatures -30 to +50 °C.


Of course, gas analysis systems have other minor differences related to the peculiarities of their design and purpose. More specialized gas analyzers are created on the basis of Gas Analysis Systems. For example, the GAOS SENSON-SV-5024 gas analyzer for analyzing oxygen or carbon monoxide concentrations is intended for indoor use in explosion-proof areas.

On the contrary, the mine version of the gas analyzer GAOS SENSON-SV-PBExd is designed to work in underground mines, mines, and land-based buildings, it has the Ex marking PB Ex d I Mb X and 1Ex d IIC T6 Gb X.


The system GAOS SENSON-SD-7031-SM is a switching and broadcasting module MKT-1m in a cylindrical stainless steel case with an easily removable cover. The gas analyzer GAOS SENSON-SM-9001 is installed under the cover.

The system GAOS SENSON-SD-7032-SM is made in a plastic case. ISM is connected to the MKT-1p module. The connection of ISM is provided by a special connector, covered with a protective cover.

The GAOS SENSON-SD-7033 system has a metal case with two cable entries and the sound alarm system. ISM is connected similarly to model 7032.

All systems of the GAOS SENSON-SV-5021-SM series have an interface “current loop 4-20 mA”. Type of explosion protection – “flameproof enclosure”.

The systems of the GAOS SENSON-SV-5021 series are divided into two main groups: relay systems and network systems. Network systems (versions 5021-03 and -13) support the RS-48S digital interface but do not have actuating relays. Relay systems (5021, 5021-02, -10 and -12), on the contrary, are equipped with actuating relays, the connector for connection to the RS-48S channel is not provided.

The MKT-1m module can either be directly screwed into the MKIUS unit or connected to it with a 1.8 m cable (can be changed upon special order). Versions without indication and the keyboard are also possible (for example, for a decrease in energy consumption).

Gas analysis systems GAOS SENSON-SV-5022-SM and GAOS SENSON-SV-5023-SM are made in plastic and metal housings, respectively. Both systems have intrinsic safety type 1a explosion protection, a digital indicator and keyboard, three executive relays and a built-in sound alarm, as well as the Current loop 4-20 mA interface. The GAOS SENSON-SV-5023-SM system additionally supports the RS-48S digital interface, that is, it can operate both independently and as part of a network.


Gas analysis systems can be produced in process versions. In this case, the protective cap with a grid for diffusion sampling is replaced by a cap with nozzles for the forced supply of samples. Such devices include GAOS SENSON-SD-7031-01-SM, SENSON-SD-7033-01-SD, SENSON-SV-5023-01-SD.