At the same time, an extremely simple change of ISM is provided, without the need for any special tools. For modules with an intrinsic safety type of protection, it is possible to change the ISM without disconnecting the power supply (“hot-swapping”).

GAOS SENSON Gas Analysis Systems are equipped with two data transmission сhannels – analog “current loop 4-20 mA” and digital RS-48S with MODBUS RTU protocol. Optionally, it is possible to support the data transmission protocol of the AVUS-SKZ system (Avangard). To connect devices via an analog channel, we offer a line of analog signal controllers as part of the GAOS SENSON-K-1M, S-K-4M, and S-K-8M devices. They allow receiving the measured concentration values from 1, 4 and 8 gas analyzers, respectively. The controllers are equipped with digital indicators, means of sound alarm of threshold values exceeding, as well as the ability to control external devices (relays).

All GAOS SENSON gas analysis systems with an intrinsic safety circuit of protection must be connected through spark protection barriers. In particular, we recommend using the barriers BI-Exia-xxx-24 specially designed for these systems.

Gas analyzing systems based on gas analyzers GAOS SENSON-SM-9001 have a number of indisputable advantages compared to traditional gas analyzers. However, if for some reason it is preferable to purchase not a modular system, but a single device, there is no problem. 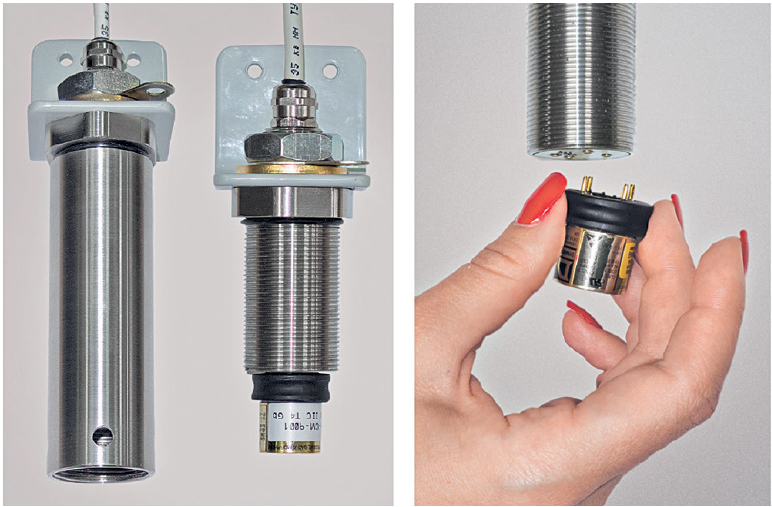 Removing the ISM from the GAOS SENSON-SD-7031-SM housing

In terms of designations, the gas analysis system differs from a gas analyzer completely similar to it only by adding the SM suffix after the model name. By removing this suffix when ordering, you will receive a gas analyzer with the appropriate accompanying documentation. However, before choosing a traditional device, once again analyze the advantages of the Senson gas analysis systems!


Advantages of gas analysis systems based on GAOS SENSON-SM-9001


1. Operating costs. Only GAOS SENSON-SM-9001 is subject to periodic verification. To replace it, simply unscrew the protective cover and simply remove the ISM from the connector. You can immediately insert another one in its place, tighten the cover (just by hand) – and the device is again ready for operation. The cost of the ISM replacement stock and the cost of replacing them is incomparable with similar costs in the case of traditional gas analyzers. Thus, the concept of ISM dramatically reduces the cost of ownership of the instrument stock of gas analyzers, due to:


2. Optimization of the price and selection of gas-sensitive elements. GAOS SENSON-SM-9001 opens up broad opportunities for the unification of equipment, and therefore - to reduce its price. The design of gas analysis systems based on GAOS SENSON-SM-9001 allows the use of sensors from virtually any manufacturer, domestic and foreign, subject to the execution in standard types of enclosures. The device (for example, the GAOS SENSON-SV-5021 gas analysis system) is in no way limited to a specific type of gas being analyzed. This allows us to optimally choose the type of gas-sensitive item depending on the customer’s task. For example, for analyzing the concentration of methane, depending on customer requirements, it is possible to propose optical, thermal catalytic, semiconductor gas sensitive elements of various manufacturers. 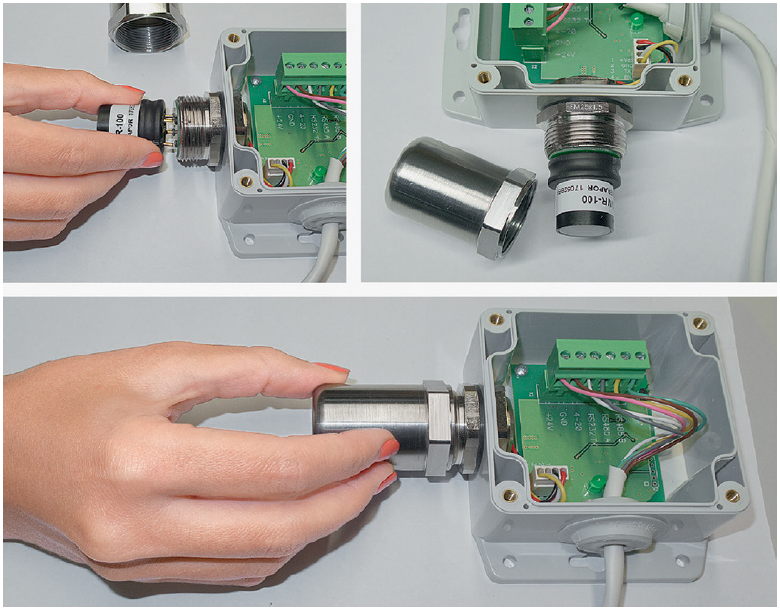 3. Flexibility. If you need to change the type of target gas, using the traditional approach, you must purchase and install a new device. In contrast, in GAOS SENSON gas analysis systems, the target gas is changed by simply changing the GAOS SENSON-SM-9001 module. For example, if for any reason, instead of CO2, it is necessary to control O2, it is enough to purchase only a new ISM GAOS SENSON-SM-9001 for oxygen, and a new datasheet will be attached to it. On the other hand, it is even possible to change the type of structural design of the gas analysis system (d-Shell or intrinsically safe circuit, plastic or metal housing), since the measurement tool is only GAOS SENSON-SM-9001.

4. Estimated delivery time. Since only the GAOS SENSON-SM-90011 module is subject to state calibration and verification, taking into account the modular construction of the instruments, the order schedules are significantly reduced. While the GAOS SENSON-SM-9001 is being tested, the remaining elements of the gas analysis system are being prepared.

5. Fulfillment of special requirements. In case of special requirements of the customer (nonstandard method of sampling, installation specifics, etc.), a new type of measuring instrument is not required to be approved for the new device (the latter can last a year or more). Since only the GAOS SENSON-SM-90011 detector is a measuring instrument in such a system, no additional metrological certification is required.